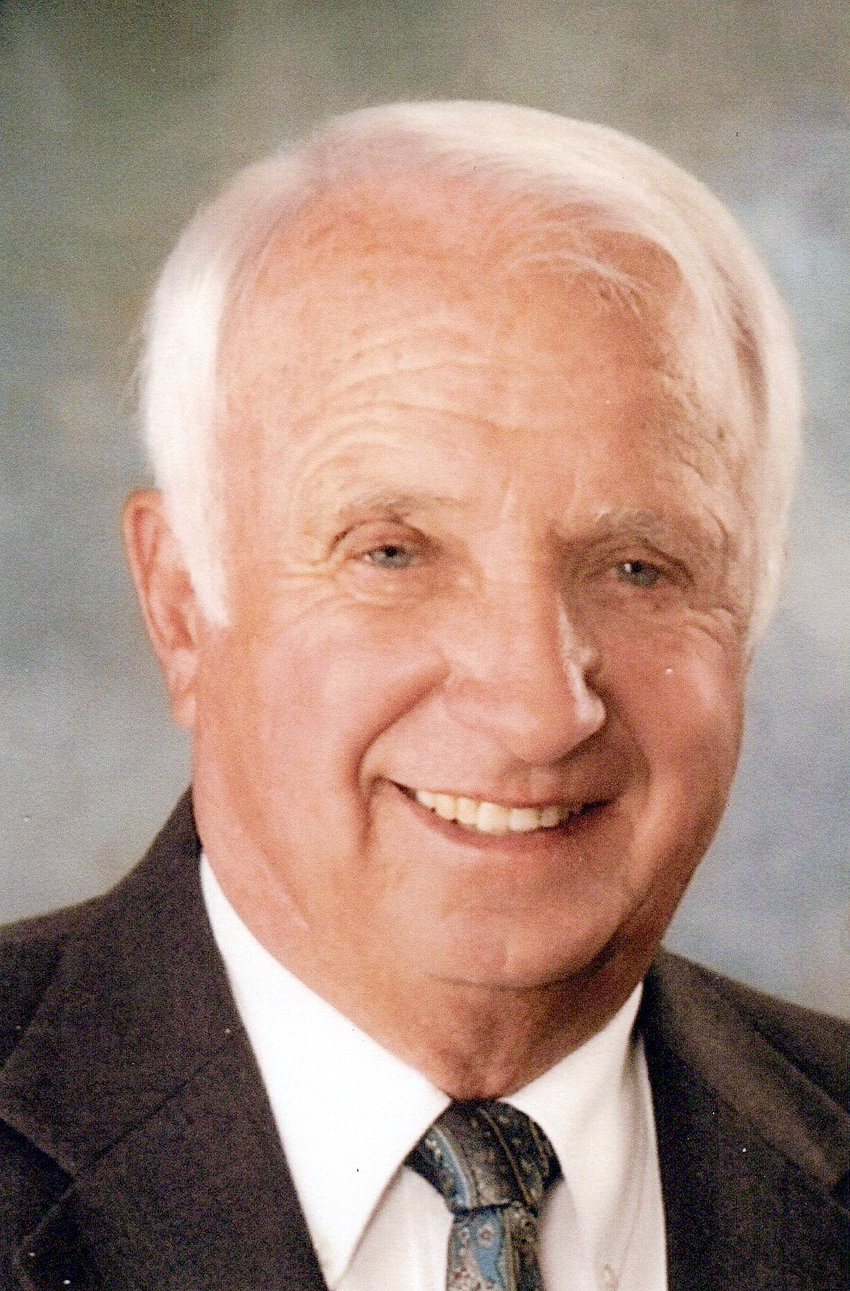 William “Willy” F. Meyer, age 89, of New Liberty, passed away Friday, Nov. 5, 2021, at Wheatland Manor, Wheatland.  A private family service will be held at Bentley Funeral Home in Durant. The funeral service will begin livestreaming at approximately 10:45 a.m., Saturday, Nov. 13, via Bentley Funeral Home’s Facebook Page.  Burial will take place in Dixon Cemetery, with Military Rites accorded by the Dixon American Legion.  Pallbearers will be his grandchildren.  Honorary pallbearers will be Lonny Sievers, Bob Golinghorst, John Buhl, Bob Puck, Craig Puck, and Hawkeye Puck.  The family requests any memorials be directed to the Dixon American Legion, the New Liberty Fire Department, or the Dixon Fire Department.  Online condolences may be left at www.bentleyfuneralhome.com.

Willy was born at the family farm in Dixon on April 7, 1932, the son of Peter and Hattie (Flenker) Meyer. He graduated from Davenport High School in 1950.  After graduation, Willy joined the United States Army and was stationed in Japan during the Korean War.  He married Beverly Sievers July 7, 1956, celebrating 65 years of marriage this past July.  Willy and Bev raised their family and farmed in the New Liberty/Dixon area. The Meyer Family farms were recognized recently as Century and Heritage Farms. In his early years, Willy played shortstop for Ron Alpen Ford softball team and later enjoyed following his children and grandchildren in their many sports and 4-H activities. He spent many years selling hay to customers throughout the Quad Cities, including the Ringling Brothers Circus. Willy could speak German and Japanese and enjoyed any opportunity to do so. He was a member of the Dixon American Legion for 71 years, where he took part in military funerals and marched in the Dixon Memorial Day ceremony until the age of 87.  He also was able to go on the Honor Flight to Washington, D.C.

Willy was preceded in death by his parents; a brother, Leo (Elaine) Meyer; one sister, Lois (Bob) Puck; and one brother-in-law, Donavon (Lynn) Sievers.

The Meyer family would like to extend a special thank you to their neighbors, Dave and Deb Rowland, for all of their assistance and support.