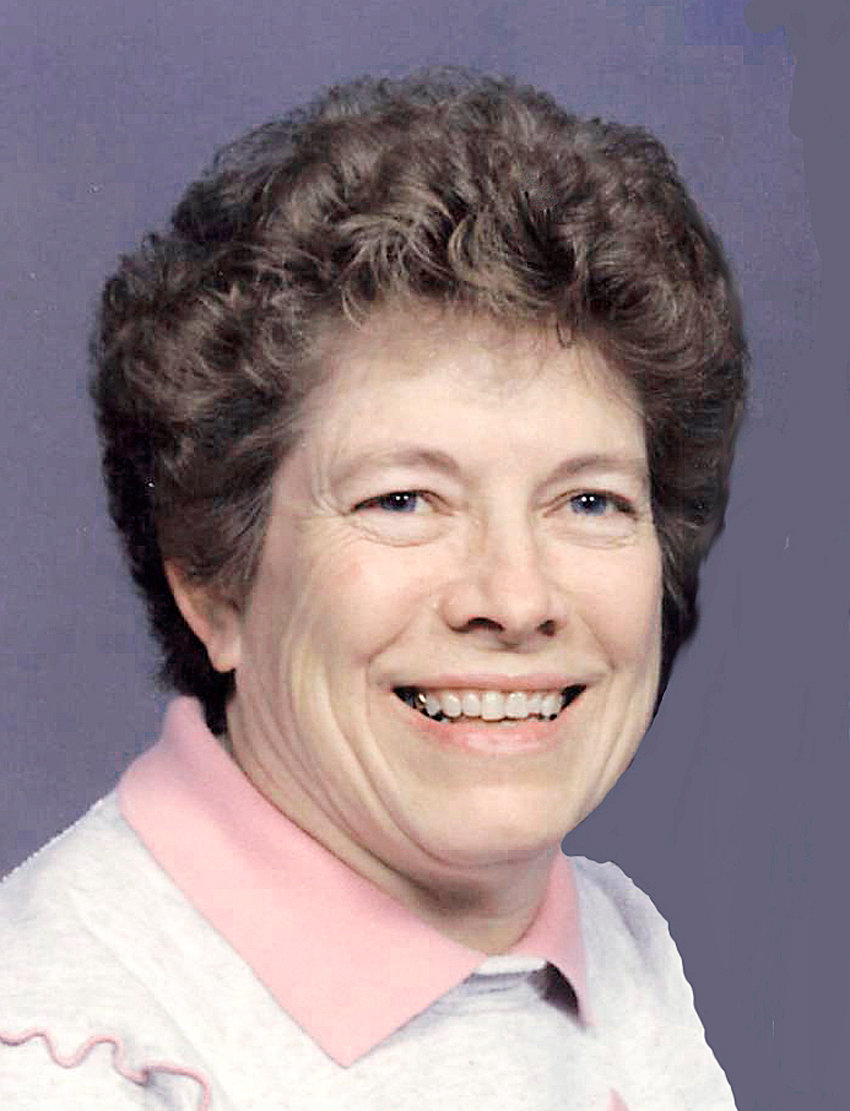 Her funeral service will be held at 11 a.m., Wednesday, June 29 (today), at Cornerstone Baptist Church in Eldridge.  Visitation will be held from 9 a.m. until the time of the services on Wednesday at the church.  Burial will follow at Rock Island National Cemetery.

Memorials may be made to Ethnos 360, a Christian mission organization to be used in conjunction with Loretta’s grandson, Greg (Kadie) Ried’s ministry of Bible translation for unreached people groups.  The link to the organization for those that would like to donate online is as follows: https://ethnos360.org/missionaries/greg-and-kadie-ried.

Chambers Funeral Home of Eldridge is assisting the family with arrangements.

Loretta was born July 13, 1939, in Des Moines, the oldest of five children of Lyle Melvin and Loretta Jean (Lake) Lynde.

She was married to her sweetheart, Donald Dwight Ried, on Sept. 21, 1957, and stayed by his side for 64 years. Don was her greatest earthly love.  He could do anything; build anything and in her eyes could do no wrong.  Besides being faithful to her husband, Loretta was faithful to her family, and her Lord.

Des Moines, where she was born and raised, continued to be home until 1973.  Because of a job opportunity for Don, the family moved to Lake View, Iowa.  That continued to be home, (with a few years in Eldridge) until 2009 when Don and Loretta bought a home in Newell, Iowa.   Due to health issues and after some time in assisted living, they moved back to Eldridge in 2020 to live with their daughter, Dawnetta Van Ee and her husband Marvin.

She always enjoyed family gatherings and loved visits from kids, grandkids, and great grandkids.  She loved camping and boating with the family in her younger years and the family remembers lots of tent camping vacations.  She even learned to water ski at 30 years old.  Whether you knew her as wife, mom, grandma, grandma great, Loretta or Jean – you knew she loved you.

Loretta saw the good in people and she gave of her time; building special relationships with each.

Loretta was FUN!  The grandkids loved to go to her house.  Best food ever! She played games (letting them win). There were outside adventures. She’d say that she loved the rainy, cloudy days best.  She had “jobs” they could do to earn money.  And we can’t forget all the good treats in the candy drawer and ice cream at grandma’s house.  Her strong faith and values lived out daily in her life has greatly influenced and impacted our families and is being passed on to the next generation.

Loretta loved gardening, birds and her furry pets (Chiquita and Monita). She was known to care for a stray or two.

She enjoyed serving with Child Evangelism Fellowship teaching Good News Clubs and teaching children’s Sunday school at church.  In her later years, Loretta would sit on her front porch and read Bible stories to the neighbor kids. Countless times she was the hands and feet of Jesus to people in need. She encouraged, helped, and truly became their friend.  Loretta loved to strike up a conversation with people wherever she went.  She always made visitors at church feel welcomed.

She was preceded in death by her parents, Lyle and Loretta Lynde; her brother, George; and the little ones created by God that were only known in the womb or died at birth.

Online condolences may be expressed to the family by visiting Loretta’s obituary at www.McGinnis-Chambers.com.