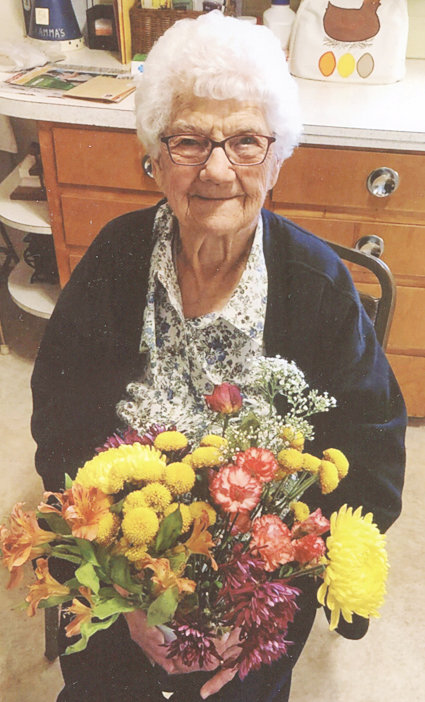 Phyllis First of Durant will be honored with a card shower to celebrate her 98th birthday.

She was born March 21, 1923 in Ocheyedan, Iowa, the daughter of John and Angela Giesel.