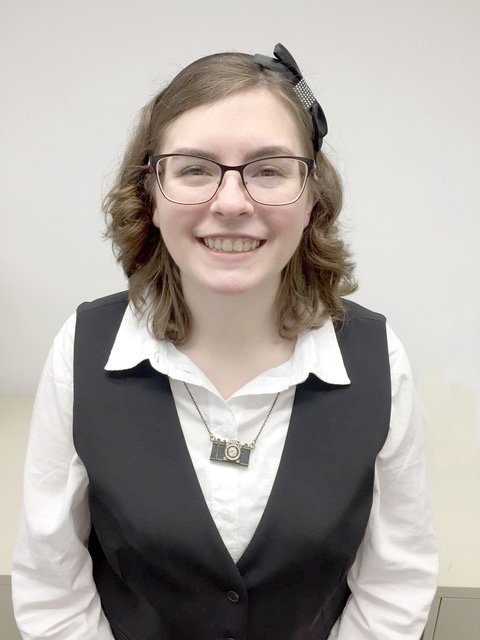 Last week, the I accidentally "created" a new event for Durant track at the Monticello track meet.

It was called the “12x100 muddy parking lot” and it featured half the Durant track team pushing a sunken car out of a mushy field used for overflow parking.

Honestly, last week was not a good week for me and vehicles.

First, my blend door actuator failed in my 2009 Impala’s HVAC system for the second time in a year. It now sounds like a ticking bomb for the first five minutes of driving it anywhere… and it goes off randomly at all hours of the day.

Then, on Wednesday, May 4, I drove to Peosta to photograph the girls’ varsity golf conference meet. Upon returning to my car after a few hours, my rear passenger tire was flat.

Roadside assistance said it was cut. I’m fairly certain I drove over a piece of junk somewhere. However, my car was also ticking loudly in the parking lot of a golf course. There’s always a slim chance someone shanked my tire out of respect to the game.

One and a half hours on a spare tire later, I was home in Davenport.

On Thursday, May, 5, I drove our company car to Monticello to photograph the boys and girls varsity track conference.

The meet was a great experience. I met several photographers and learned some new tricks for track photography while watching our area athletes compete.

At 8:30 p.m., I headed home. From Monticello, it would be a good hour and half back to Wilton, and then the Quad Cities.

The grassy parking space where I left my vehicle had other plans.

Upon returning to the overflow parking, I noticed several vehicles were sort of sunk into the wet ground.

“I wonder if I’ll have problems backing out,” I said to myself.

Didn’t have to wonder.

As soon as I attempted to leave the parking lot, the front-wheel drive car sunk into the mud and spun out.

I made a few phone calls and walked back to the track meet, contemplating the least embarrassing option.

Both things seemed like equally bad options, until I ran into Durant track coach Daniel Knipfel.

Then, the light bulb went off.

I sheepishly asked him if any of his athletes who were done competing would be interested in pushing a car out of a muddy field.

And five minutes later, I was leading a pack of teenage boys across the street.

“We could totally stay here and do this for several people,” one athlete said, looking at other cars that were sunk into the ground.

Another student had the bright idea of putting floor mats under my tires for traction.

Once all of the athletes were standing behind the car, I got in and hit the gas while they pushed.

Presto! I was out in seconds.

“Go! Go! Go!” They cheered as I drove toward solid ground.

I parked and got out to retrieve my floor mats, but the students kindly brought them to me.

“This was entertaining!” one said.

“Have a good night, camera person!” another yelled.

And off they went, back toward the track meet, to cheer on their peers.

I stared at the vehicle, speckled in mud, and simply laughed.

Unfortunately, I don’t think this event is going to catch on with the state athletic association.

Behind every man is a good woman

Members of armed forces risk their health to protect ours

Out and about: Missing our moms on Mother's Day