Voter suppression is alive and well, even in Eldridge 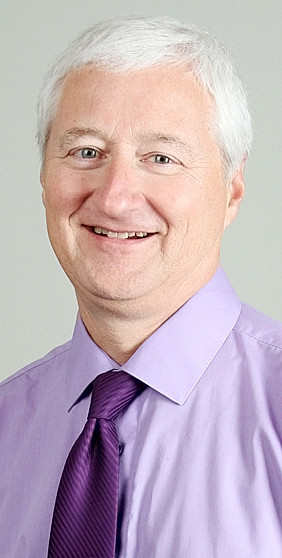 There’s no question that the recent Eldridge city and North Scott school board elections drew passing grades in terms of voter participation, but the same can’t be said for the new voting laws passed by the Iowa legislature last June.

Through no fault of local authorities, one segment of our population had one heckuva time exercising its fundamental right to vote.

Pity the poor senior citizens who didn’t have a photo ID to verify their identity.

Granted, this is a bit personal, as what was expected to be an easy and short experience for my 80-year-old mother-in-law, and former NSP proofreader, Vera Elmshaeuser, turned out to be a headache of mammoth proportions.

If you ask me, voter suppression is alive and well in Eldridge.

Vera is pretty much wheelchair bound, thanks to arthritis and the remnants of a 2015 stroke that left her left side extremely weak. Getting in and out of vehicles, which she does once a week to attend church, is a painful experience, so her decision to vote in the Nov. 2 election was not taken lightly.

A resident of Grand Haven, she could have taken the facility’s van, along with four other residents, but we decided it would be just as easy if I would drive her the short three blocks to the Scott County Library to cast her ballot, just like she did one year ago in the 2020 presidential election.

In fact, I considered pushing her in her wheelchair — something I’ve done to appointments at Eldridge Family Dentistry and Genesis Health Group — just to make it easier on her, but the cold weather that day changed my mind.

I decided I’d pick her up shortly after 11, thinking there wouldn’t be a big line, and as expected, Vera was waiting under the Grand Haven awning, purse in hand, all ready to exercise her American right.

Vera had done her homework, and scoured the newspaper for information that would help her make informed decisions. She was excited as we drove to the library, and once inside, I realized this was going to be a piece of cake.

“No line, no wait, and we’ll be out of here in no time,” I thought to myself. Boy, I couldn’t have been more wrong.

First, and up front, let me say this: The poll workers could not have been more sympathetic or understanding with what was about to unfold. To say they were frustrated would be an understatement.

As I wheeled Vera up to the registration table, Marianne Blanche asked for her driver’s license or a photo ID, and Vera proudly presented her Scott County Voter ID card.

Marianne told us that card didn't have a PIN number, and was no longer valid, and asked if Vera had a photo ID. She didn’t, but all wasn’t lost. They quickly determined that I, being an Eldridge resident, could verify who Vera was, especially since her name and address were on the auditor’s voter registration list.

One glitch was that Vera had moved across the hall a couple of months ago, and wanted to change her apartment number in the auditor’s computer. Big problem. The computer wouldn’t let her do that, so the workers got on the phone with the auditor’s office to try and solve the issue.

In the meantime, the voter in front of us was having a similar problem. She also didn’t have a driver’s license with a photo ID, but she had brought a passport with her picture.

Unfortunately, it was determined that the passport had expired in 2020, and wasn’t valid, and her daughter, who had traveled from out of state to bring her to the polls,  wasn’t allowed to verify her mother’s ID because she wasn’t an Iowa resident.

Vera had overheard the conversation, and said that she could verify who the lady was since they were practically neighbors at Grand Haven.

Suddenly, everybody was happy. I could verify who Vera was, Vera could identify her neighbor, and everybody would get to vote.

We seemed to be heading down the path to where Vera might actually get a ballot, but that all changed when it came time for me to verify who she was. Marianne asked for my driver’s license, tried to scan it, and broke the news that I wouldn’t be able to verify Vera’s identity.

“Because you don’t live in this precinct,” said Marianne, almost totally annoyed by the message she was delivering.

I was shocked, and irritated, to say the least. I lived less than a mile away, have transported Vera to countless doctor appointments, all the poll workers knew me, and I couldn’t verify the identity of my own mother-in-law?

Seriously, you can’t make this stuff up. Vera pulled a library card, Medicare card and bank cards out of her purse, but nothing with a photo ID. All of a sudden, we were beginning to think she wasn’t going to get to exercise her right to vote.

Again, the poll workers couldn’t have been nicer. Again, they called the auditor’s office to check our options, and when I realized the person on the other end of the line was former Eldridge assistant city administrator James Martin, who was now in charge of Scott County elections, I asked to speak with him.

James was understanding, but matter of fact. I explained the situation, and he confirmed that according to the recently passed law, registered voters needed to have a photo ID in order to vote. Acceptable forms of identification were an Iowa driver's license or a non-operator ID, a U.S. passport or military ID, a veteran's ID, tribal ID or an Iowa voter ID card.

Vera had the voter ID card, but it wasn’t the right one.

I told James that this was ridiculous, and that I felt an editorial coming on. He said, “Don’t shoot the messenger,” and blamed Vera’s predicament on the Iowa legislature’s new voting laws.

We did find out we had an option. We could fill out a provisional ballot, but that it would only be counted if the election was close. To do that, we had to fill out a page-long sheet, and then Vera would have to go to the courthouse, with a resident of her precinct who could verify her ID, before the votes were canvassed on the following Monday.

By this time, other voters were becoming interested in what was playing out in the First Amendment Room of the library. Eldridge resident Phil Hart even offered to help.

“If Scott says she is who she is, I’ll verify her ID,” said Phil, but that idea didn’t fly.

Vera and I took one look at the form needed for a provisional ballot, and Vera said, “I guess I’m not going to be able to vote. Let’s go home.”

By this time, we’d been in the library for over 45 minutes, and I wheeled her out thinking she wasn’t going to be able to exercise her fundamental American right, something she'd done a year ago, with no problem.

No way will I let this happen!

Before I took her back to Grand Haven, I decided I’d drive eight blocks and cast my vote at the Methodist Church. I was in and out in less than five minutes, and by the time I’d gotten back to my car, I’d made up my mind there was no way Vera wasn’t going to cast a ballot.

I told her I was on a mission, and she was all-in, despite the pain it would cause to get in and out of the car one more time. I got on the phone and called my co-worker, Jeff Martens, who lived in Vera’s precinct. He agreed to take time out of his day and meet us at the library to verify who Vera was.

We pulled into the parking lot, Vera slowly got out of the car, and I wheeled her back into the library. Jeff showed up, they scanned his driver’s license, and he verified Vera's identity.

The poll workers were thrilled, extremely sympathetic, and handed Vera her ballot. She methodically filled it out, we put it in the ballot machine, and wheeled out. Everybody was happy, but Vera wasn’t finished.

No word from Roby Smith

While I was casting my vote, she got on her phone and found the phone number of Iowa state Sen. Roby Smith, the legislator who pushed for the voting changes.

She tried to call him several times, left messages, and not surprisingly, two weeks later, hasn’t heard a word.

There has been much said, and a lot written, about the new voting laws that have taken effect across our country since the 2020 presidential election, an election where there was found to be no evidence of fraud.

Those new laws certainly changed how Americans can cast their ballot, and exercise their rights as citizens. After what I witnessed two weeks ago, lawmakers didn’t get it right, and now more than ever I’m beginning to believe that we do have voter suppression, even in Eldridge.

The effects of Emerald Ash Borer