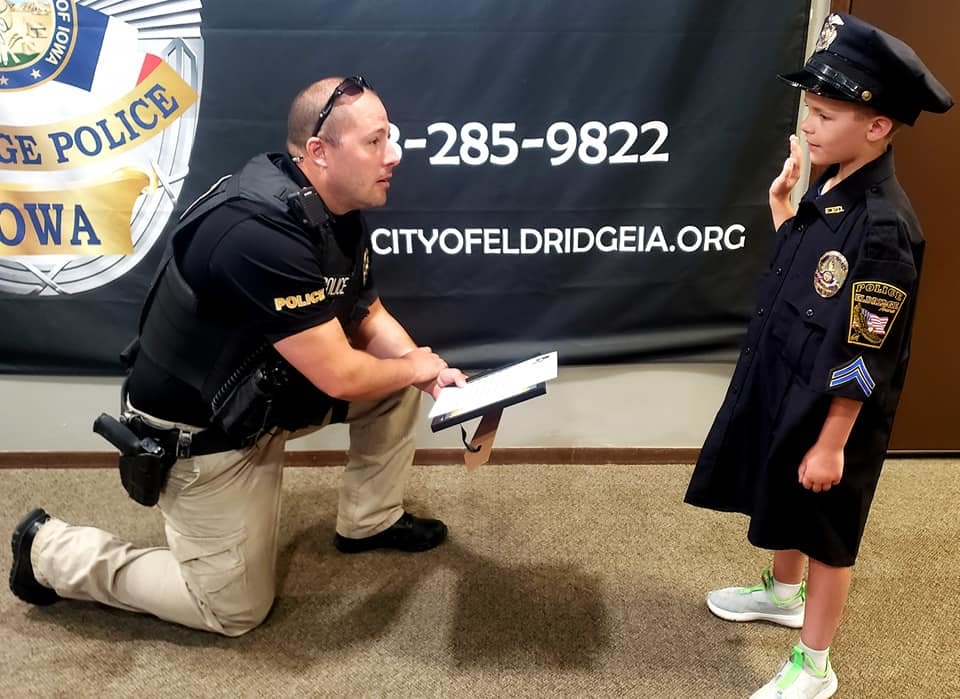 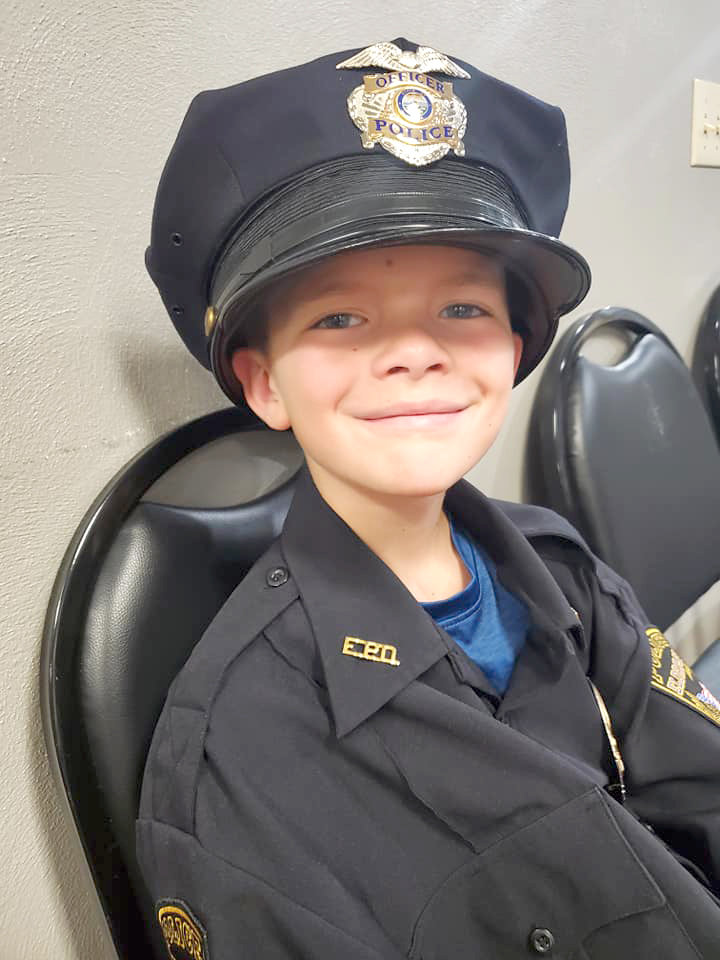 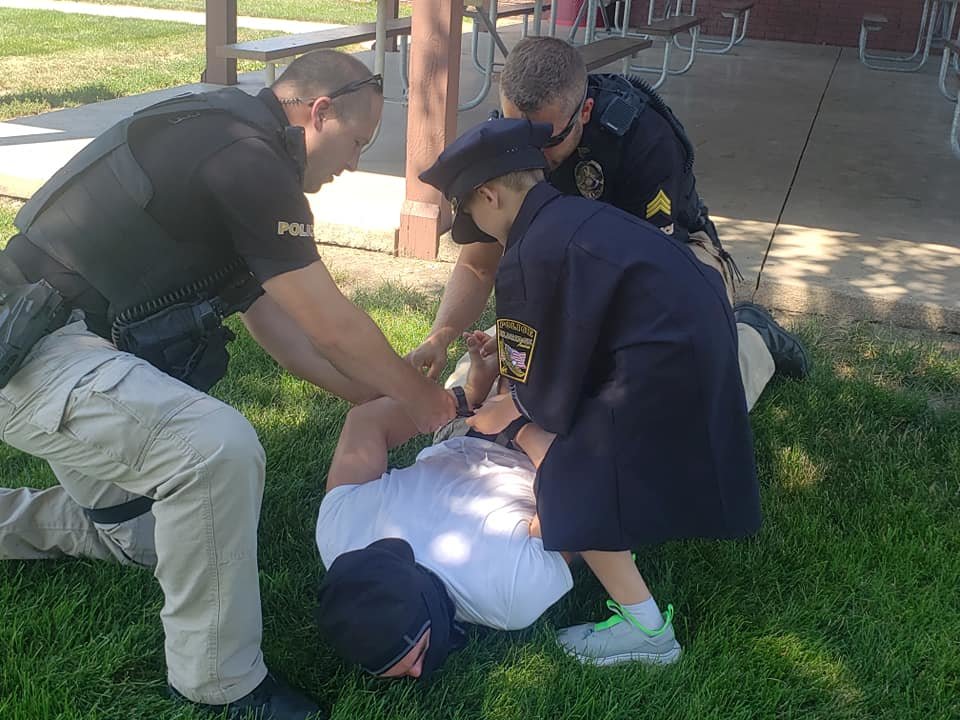 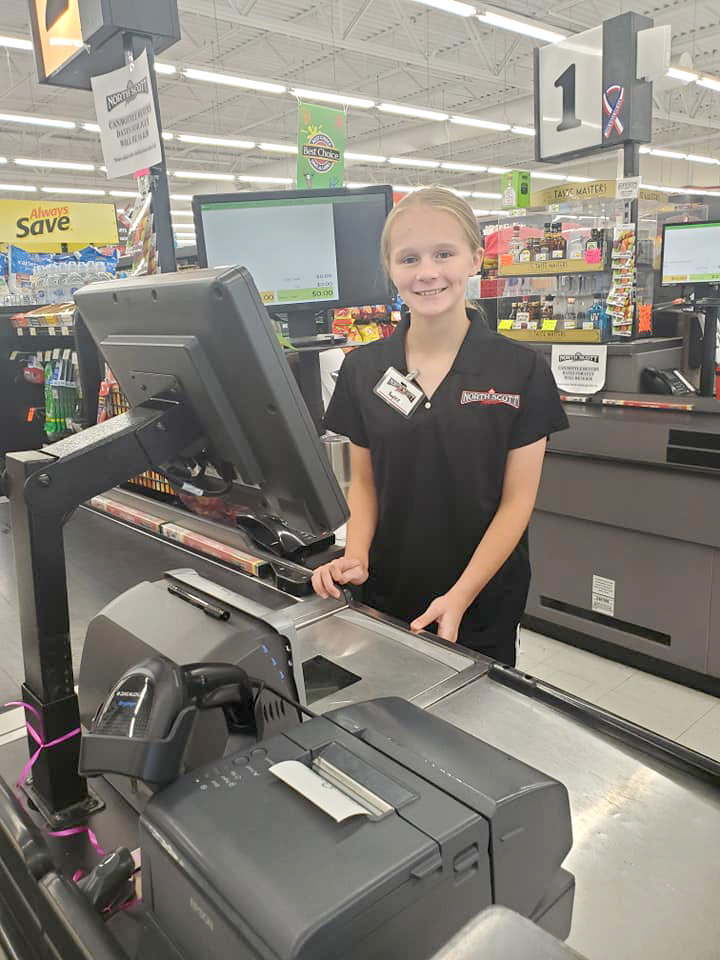 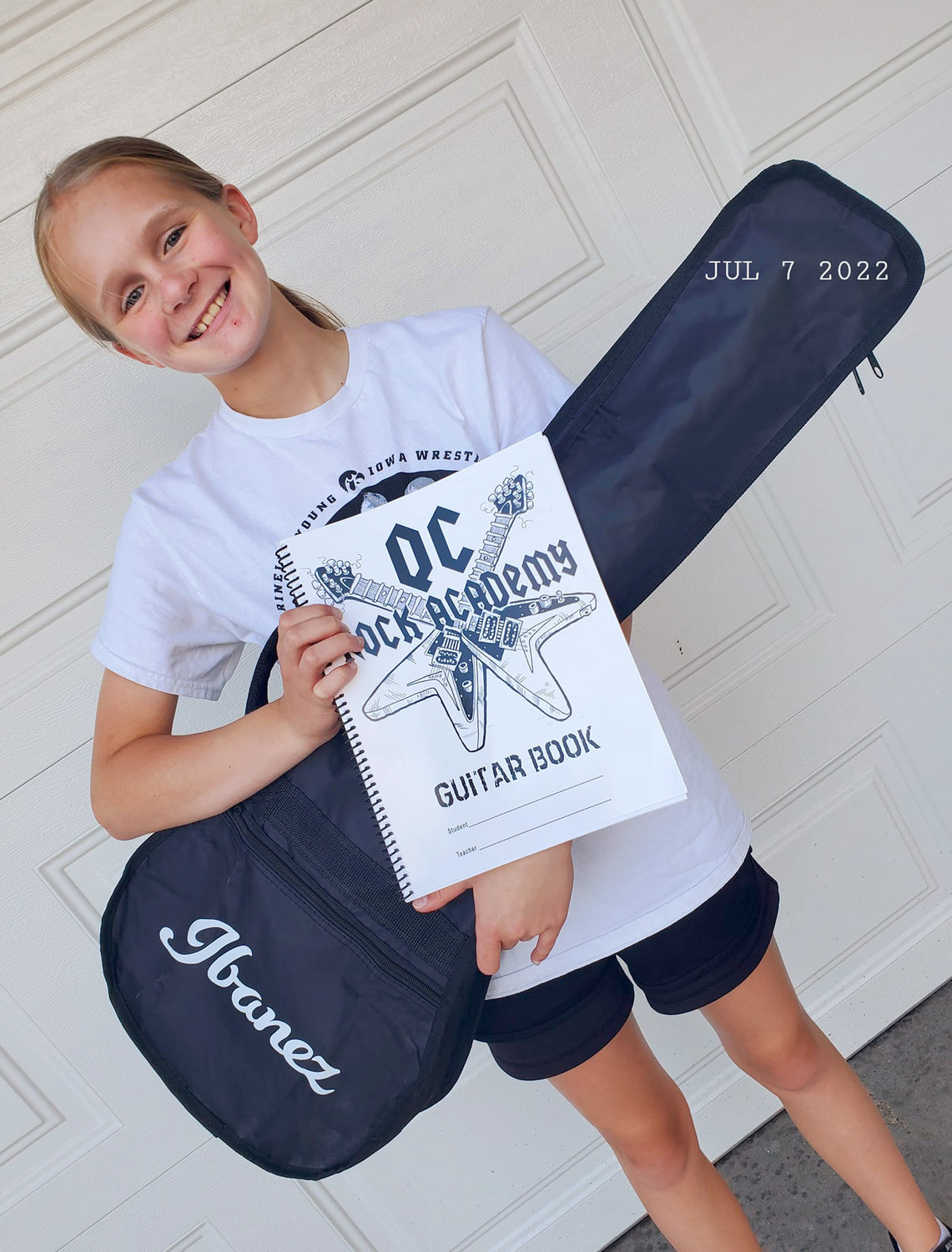 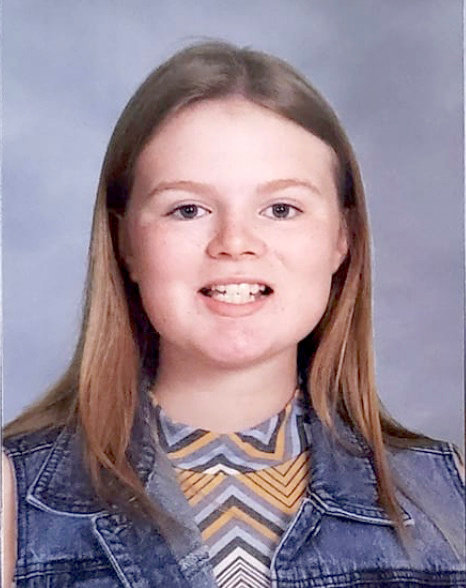 “They had me watch surgeries stitching a dog. I wasn’t disgusted about it. I saw appointments, watched them draw blood, and do vaccinations.” Natalie Chase describes her experience at Scott County Animal Hospital
Contributed photo 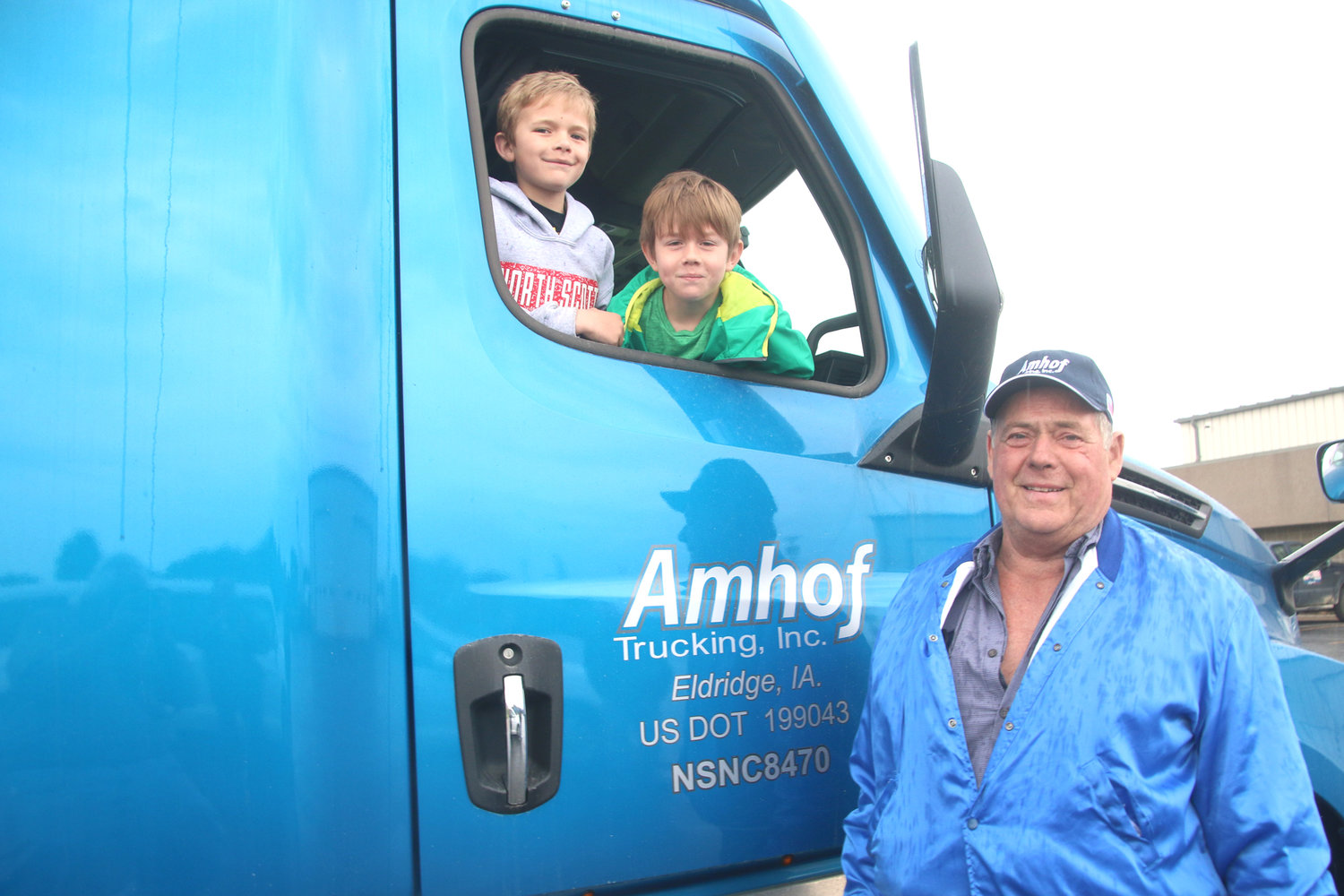 Henry Chase suited up for his morning as an Eldridge police officer draped in a pressed blue uniform shirt, and an impossibly large cap.

Henry hoped to learn about police work during a special adventure his family purchased in an Eldridge/North Scott Chamber of Commerce raffle.

He never expected to tackle and handcuff a bad guy.

“I got to speak on the loudspeaker. I had to chase him down. He tripped a little, then I got the handcuffs on him,” Henry said.

Henry and his sisters, Natalie and Kaylee, spent part of their summer enjoying North Scott Experiences dreamed up by chamber staff and member businesses.

Those experiences included the Doggone Cat’s Meow Experience, a visit to a veterinarian; the Keep on Truckin’ Experience,” for a ride with Amhof Trucking to the World’s Largest Truck Stop; and Chase’s the You DO-NUT Want to Miss This Experience, visit to the Eldridge police station.

Stefanie and Jack Chase, of Park View, bought experience packages for all her kids. Only Henry ‘cuffed a suspect. But Natalie and Kaylee treasured their experiences.

“They had me watch surgeries stitching a dog. I wasn’t disgusted about it. I saw appointments, watched them draw blood, and do vaccinations,” Natalie said.

She also took a dog’s temperature.

“I picked this one because I’m more interested in helping animals. I love animals. I want to see how to help them,” she said.

Kaylee picked two: a cashier shift at North Scott Foods and a guitar lesson at the QC Rock Academy.

The grocery store “was more fun than I expected. I saw a few people I knew, and helped people find things.”

The Channel Your Inner Rock Star experience at the Rock Academy led to more guitar lessons.

At the first lesson, a teacher guided her through “Twinkle, Twinkle Little Star,” on acoustic guitar. Now she’s working on Imagine Dragons’ “Natural.”

“Dad said if I keep at it, I can get an electric,” she said.

“We didn’t take a family vacation, because our goal this year was to see what our local community had to offer. These are experiences that will last them forever,” she said.

Officers swore him in as a cop for a day, gave him an assortment of patches and fingerprinted him.

“They printed me as an example. Sometimes when a crime happens, they find a person’s fingerprints, and see if they match anyone in their database,” he said.

He saw the evidence room (“lots of guns”), a Taser and a tour of the department.

“I didn’t expect there wouldn’t be a jail,” he said. Eldridge police hold suspects in the Scott County Jail.

He also didn’t expect a squad car ride with lights and sirens to Sheridan Meadows.

That’s where an officer posing as a burglary suspect made a run for it. Henry shouted, “Stop,” through the squad’s loudspeaker.

“I had to chase him down,” Henry said.

Eldridge police caught the whole thing on video. Henry bolts from the squad across a park pavilion. A masked suspect makes a run for it, but trips on a curb. Henry cuffs one arm, then rolls him over to get the other.

Back at the station, Henry talked cop movies with his fellow officers and enjoyed a pizza lunch.

He had one more question before ending the You DO-NUT Want to Miss This Experience.

“Just before we left, I asked them, is their favorite snack donuts? They did say they do love donuts,” Henry said.

Review the 2021 experiences online at 32auctions.com/northscottexperience