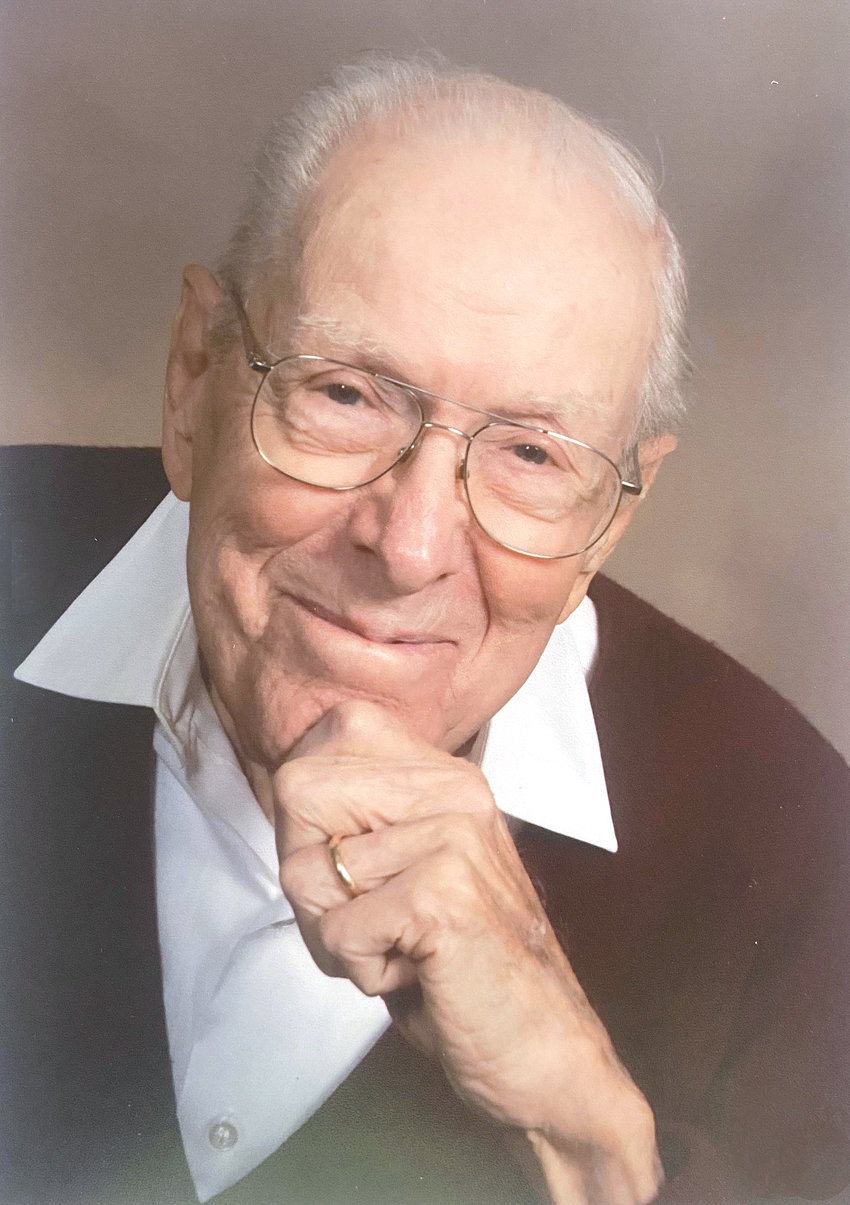 Wyatt Eugene Thede, age 98, of Dixon, passed away Sunday, Sept. 26, 2021, at Bickford Cottage, Davenport. Visitation will be held from 5-7 p.m., Friday, Oct. 1, at Bentley Funeral Home, Durant. A funeral service will be held at 10 a.m., Saturday, Oct. 2, at Bentley Funeral Home, Durant.  Burial will take place in Davenport Memorial Park Cemetery.  Memorials may be made to the Dixon Volunteer Fire Department in his memory.  Online condolences may be left at www.bentleyfuneralhome.com.

Wyatt was born in rural Scott County on April 20, 1923, the son of Alvin and Hertha (Misfeldt) Thede.  He attended a one-room schoolhouse on the sesquicentennial (150 years) Thede family farm through 8th grade during the Great Depression.  He graduated from Davenport High School with the Class of 1941, where he was active in ROTC.  Wyatt married Jane Marie Riessen on Dec. 11, 1941, in Kahoka, Mo.  Jane died on April 8, 2016, after 74 years of marriage.

Wyatt worked as an assistant traffic manager for Farmall Works, Rock Island, retiring in 1980.  After retiring, Wyatt was a buyer for J&J Machine, Milan.  He was also a buyer for Case IH in East Moline. Wyatt was a member of St. Mark Lutheran Church, Davenport, and a 50+ year member of the Roosevelt Masonic Lodge, Davenport.  Wyatt was an avid car enthusiast and owned over 80 cars in his lifetime.

Wyatt is lovingly remembered by his two sons, Alan Thede Sr. and Glen (Debbie) Thede, both of Davenport; nine grandchildren; and eight great grandchildren.  He was preceded in death by his wife, Jane; and one daughter, Patricia Puck.

The family would like to thank Bickford Cottage, Heartland Hospice and the Dixon Volunteer Fire Department for all the loving care they provided to Wyatt.