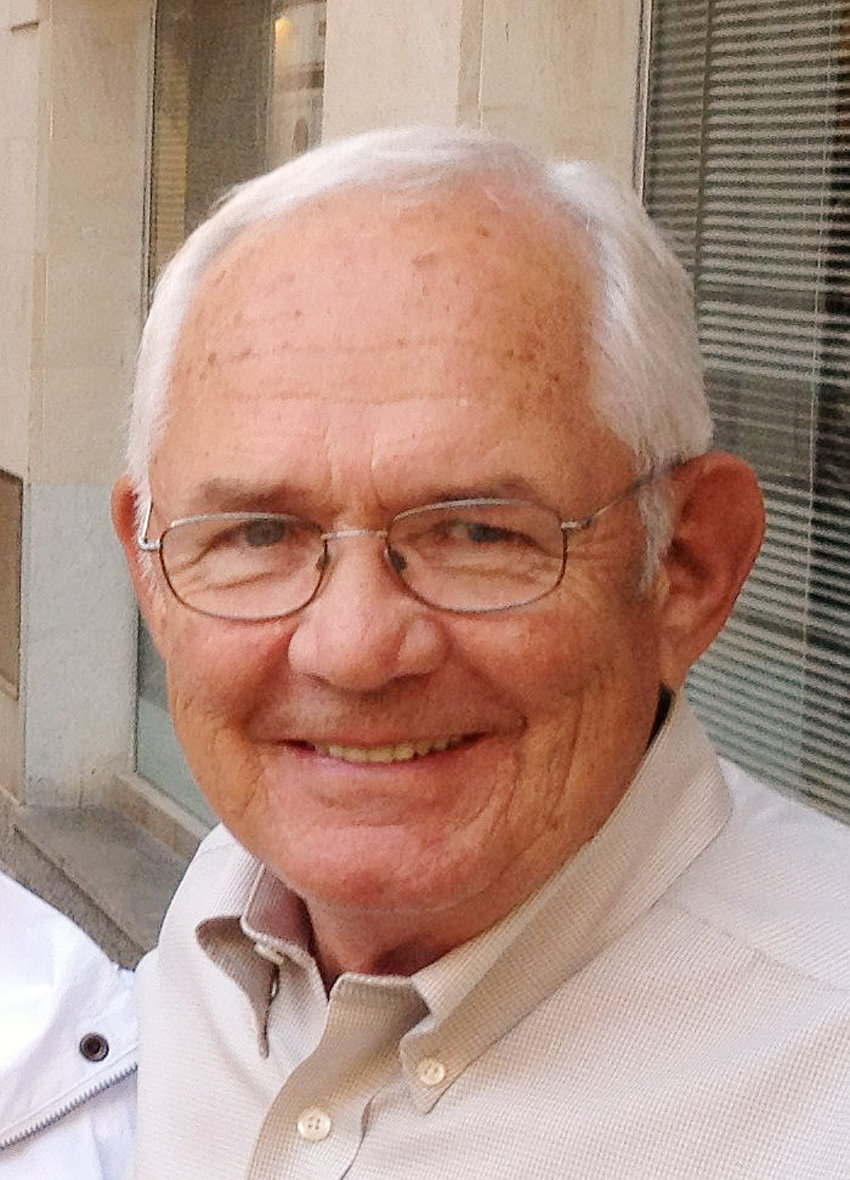 Michael Lee (Mike) Auliff, a lifelong Iowa farmer, passed away on Jan. 7, 2022, at the Clarissa C. Cook Hospice House in Bettendorf. He was 78 years old.

A memorial service will be held in the summer of 2022. In lieu of flowers, memorials can be made to River Bend Food Bank (https://www.facebook.com/RiverBendFoodBank/), where Mike previously volunteered.

Mike was born on May 22, 1943, to Dorothy (Jugenheimer) and Lester Hamilton Auliff. In 1946, the young and ambitious family bought a farm west of Princeton, which Mike would call home his entire life. Eventually Mike became a proud and protective big brother to four devoted sisters, Lois Jane, Margaret, Louise, and Linda.

Mike attended the one-room Sand Hill School through 8th grade. He started at Bettendorf High School, but transferred to North Scott High School when it opened. After graduation in 1961, Mike attended Iowa State University and was a member of the Tau Kappa Epsilon fraternity.

In 1966, Mike joined the army, where he served as a drill instructor at Fort Leonard Wood in Missouri, a challenging experience he gladly shared in detail.

Mike married Marcia Lindquist on June 17, 1967. They soon returned to build the family farm business in Princeton. Mike and Marcia had two children: Ben, who put down roots at the home place, and Lily, who settled in Mandal, Norway.

Mike loved farming. He loved talking about farming, yields, grain markets, land prices, futures. He loved showing visitors around the farm, giving tractor rides, breakfasting with fellow farmers, and drinking cold Pepsi in the hot Iowa sun with neighbor farmers who dropped in. Although Mike was a world traveler, he could never think of living anyplace but where he grew up. He felt privileged to be born when and where he was, and to do the work he loved.

Mike married Betty Carlson on Feb. 19, 2005. The couple enjoyed traveling, RV camping, and dining out. They were active members of Our Savior Presbyterian Church in Argo for many years. Mike also treasured his bonus family - Betty’s three children, their spouses, and three grandchildren.

Mike will be remembered as a loving husband; a patient father attending every baseball/football/soccer game, band concert, and school play; a generous grandfather with a golf cart who gave tractor rides and took you out for pancakes; a protective big brother willing to drive cross country in a crisis; a warm uncle who let you drink unlimited pop from the shop fridge, race around the yard on lawn mowers, and fill up your gas tank on the farm; and a good neighbor, eager to help with field work in times of need.

He was a member, and later named an honorary member, of the Rotary Club of North Scott, and a Paul Harris Fellow.