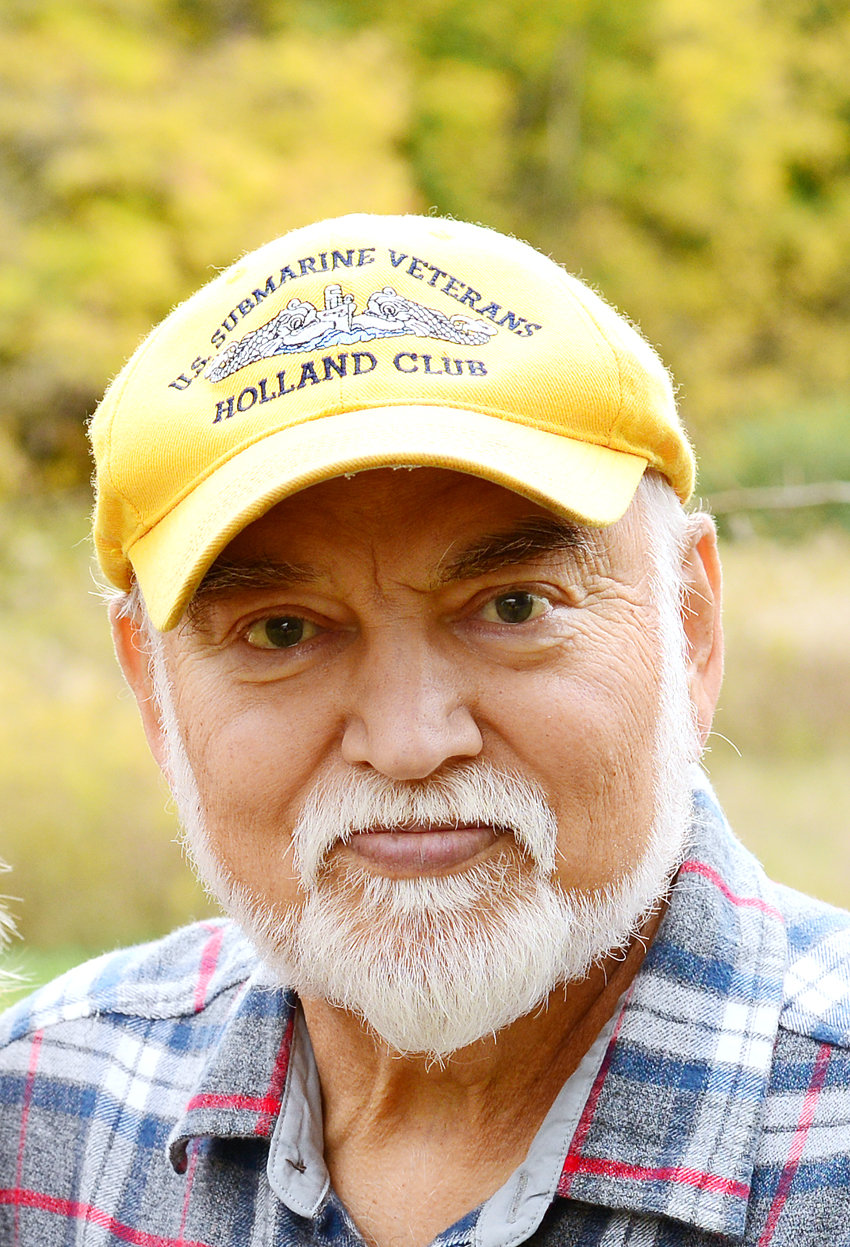 John Michael Farro died in his home on Friday, Jan. 7, 2022, after a brief battle with cancer, but a long struggle with dementia/Alzheimer’s.

John was born on Aug. 22, 1944, in Pottsville, Pa., to Helen and John Farro.  He is survived by a brother and a sister he adored – Jerry (Linda) Farro of Cressona, Pa., and Maureen (Roger) Barnard of Williamsport, Pa.

After high school, John enlisted in the Navy and served as a nuclear reactor operator on submarines for six years.  When he got out of the Navy, John went to Washington D.C. and became an electrical apprentice for the I.B.E.W.  He met Rita Little, who had a job with the C.I.A.  They fell in love and in 1970, they got married in New Philadelphia, Pa.

Their marriage proved the old credo that opposites attract.  John always said, “Rita assumes everybody is her friend, and she is often disappointed.  I assume everybody I meet is an asshole, and I let them work their way up.  I’m never disappointed.”  In October of 2020, they celebrated their 50th wedding anniversary — and it’s hard to know who was more surprised by that benchmark— John or Rita.

In 1978, John and Rita moved to Iowa. John was an electrician for John Deere Harvester, and he never missed a single day of work in 30 years.  John took a lot of pride in being a good provider for his family.

During his life, John had many hobbies and interests.  He was an avid golfer, often going three or four times a week. He loved hunting and butchering, he raised chickens and enjoyed keeping a large garden.  Every winter, he would embark on a quest to bake the perfect loaf of Italian bread. For years, he spent hours on his computer after work, studying the stock market; reading about his beloved Philadelphia sports teams — or online shopping at Cabela’s (for his numerous hobbies).  He loved talking sports with Ross (a Chicago fan) or watching Philadelphia Eagles games with Elliott.

John and Rita raised their two sons in a home they built in rural Princeton.  John was very proud of his sons.  Ross is a R.N. at the Genesis Birth Center, and Elliott is the owner of Farro’s Lead Farm.  Elliott and Emily’s children, Lilly and Warren, were a huge joy in John’s life.  He often bragged about how smart his grandchildren were, and he and Warren shared a special love of trains.  One of John’s favorite memories was taking Lilly and Warren to New Freedom, Wis., in 2016 to ride on a real steam engine.

John will be buried at the National Cemetery at the Rock Island Arsenal with full military honors. There will be a private family graveside service.

Instead of sending flowers — if you want to honor John — please consider a thank-you note and/or a donation to the Princeton Fire Department.  (Rita is still dealing with the guilt of NOT writing thank-you notes for the wonderful surprise party her sisters and friends gave her last March!)

During John’s struggle with Alzheimer’s, those volunteer firemen (and women) came to his rescue many times in the last four years.  And they were always very kind and gentle with him.  (Princeton Fire Department, Karen Woomert, Fire Chief. Address: 410 US-67, Princeton, IA 52768)

Condolences may be expressed to the family by viewing his obituary at www.McGinnis-Chambers.com.