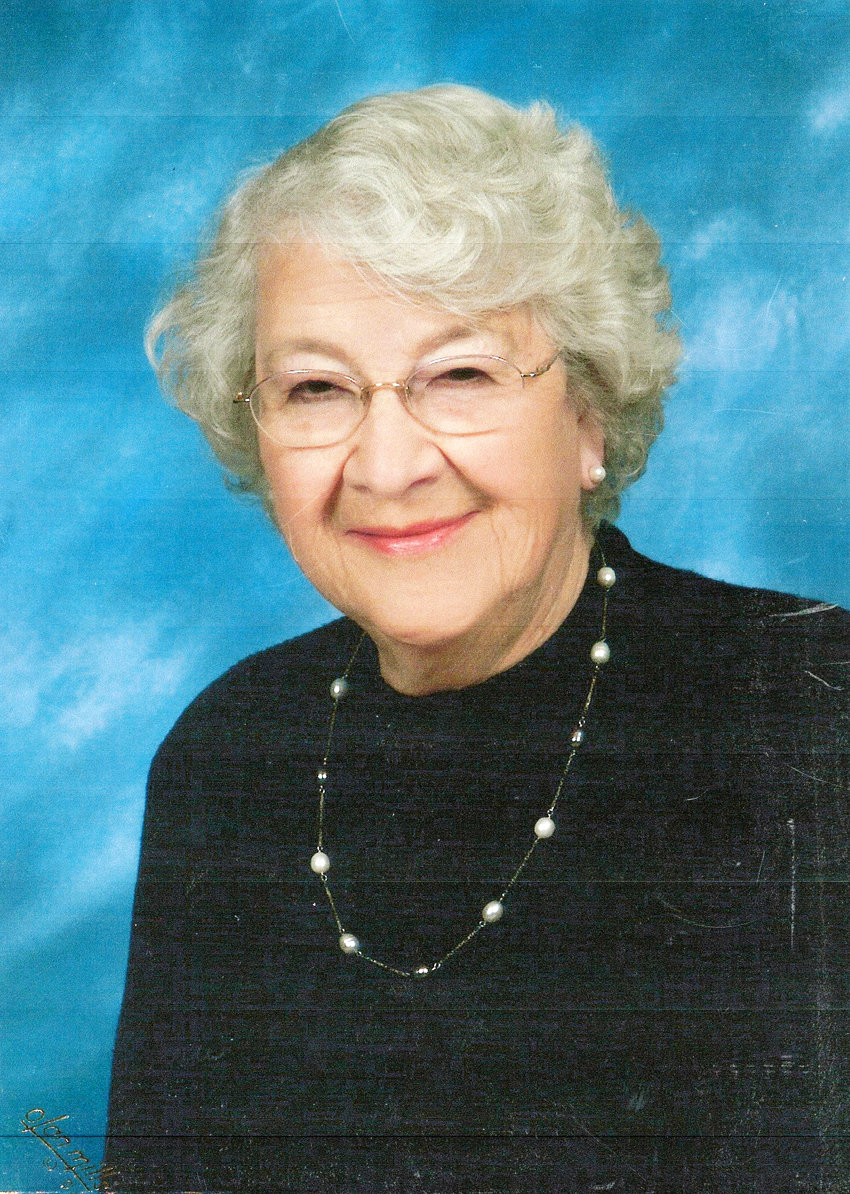 A Memorial Mass for Elizabeth C. Finkenhoefer, 97, of Eldridge, was held at 10 a.m. Tuesday, Nov. 23, at Our Lady of Victory Catholic Church, Davenport. The Mass was livestreamed by visiting Liz’s obituary at www.hmdfuneralhome.com. Burial was in Holy Family Cemetery, Davenport. Visitation was held Monday from 4 until 7 p.m. at the Halligan-McCabe-DeVries Funeral Home, Davenport.  Memorials may be made to Heartland Hospice.

Elizabeth Camilla Moravek was born on Nov. 29, 1923, in Davenport, a daughter of Aloysius and Thelma (Byers) Moravek.  She graduated from Davenport High School in 1942.  Liz was united in marriage to Chester Francis Finkenhoefer on Feb. 8, 1943, at St. Mary’s Catholic Church, Davenport.  He preceded her in death on Aug. 10, 1992, after 49 years of marriage and memories together.

Liz retired as administrator of the Meadow Lawn Nursing Center in Davenport in 1987. For her dedication to Meadow Lawn, she received the key to the city from the Davenport City Council.

She was a member of Our Lady of Victory Catholic Church, American Business Women’s Association, American College of Nursing Home Administrators, Ladies of the Moose, Putnam Museum Guild, Plus 60, AARP, Mercy Silver Service, Elks, Scott County Genealogical Society, Daughters of the American Revolution, International Czechoslovakian Society, and the Women’s Probsti Club. If she wasn’t already busy enough, she worked at the Quad City Airport and volunteered at the Davenport Library in special collections helping do research for genealogy purposes.

Liz adored her large family and was the go-to phone call if you needed to know a birthdate or anniversary date.  She enjoyed canning the vegetables she grew in her garden, chasing hot air balloons with her daughter Patti, and traveling all over, especially Europe, even having the opportunity to meet Pope John Paul I.  Liz also enjoyed researching her family history and genealogy, having the opportunity to visit the Czech Republic to meet relatives and research in her family’s native country.

In addition to her husband, she was preceded in death by a daughter, Patricia Witt, a grandson, Matthew Endrizzi, sons-in-law, Tedd Thomas and Steve Peterla, her parents, and brothers: Don, Bernard, and Richard Moravek. May they rest in peace.

The Finkenhoefer family would like to thank the nurses, staff and residents of Grand Haven Retirement Community.  They truly have become part of Liz’s family these past seven years. The outpouring of love and support shown to Liz was incredible.  The family would also like to thank Heartland Hospice for the compassionate care they gave.