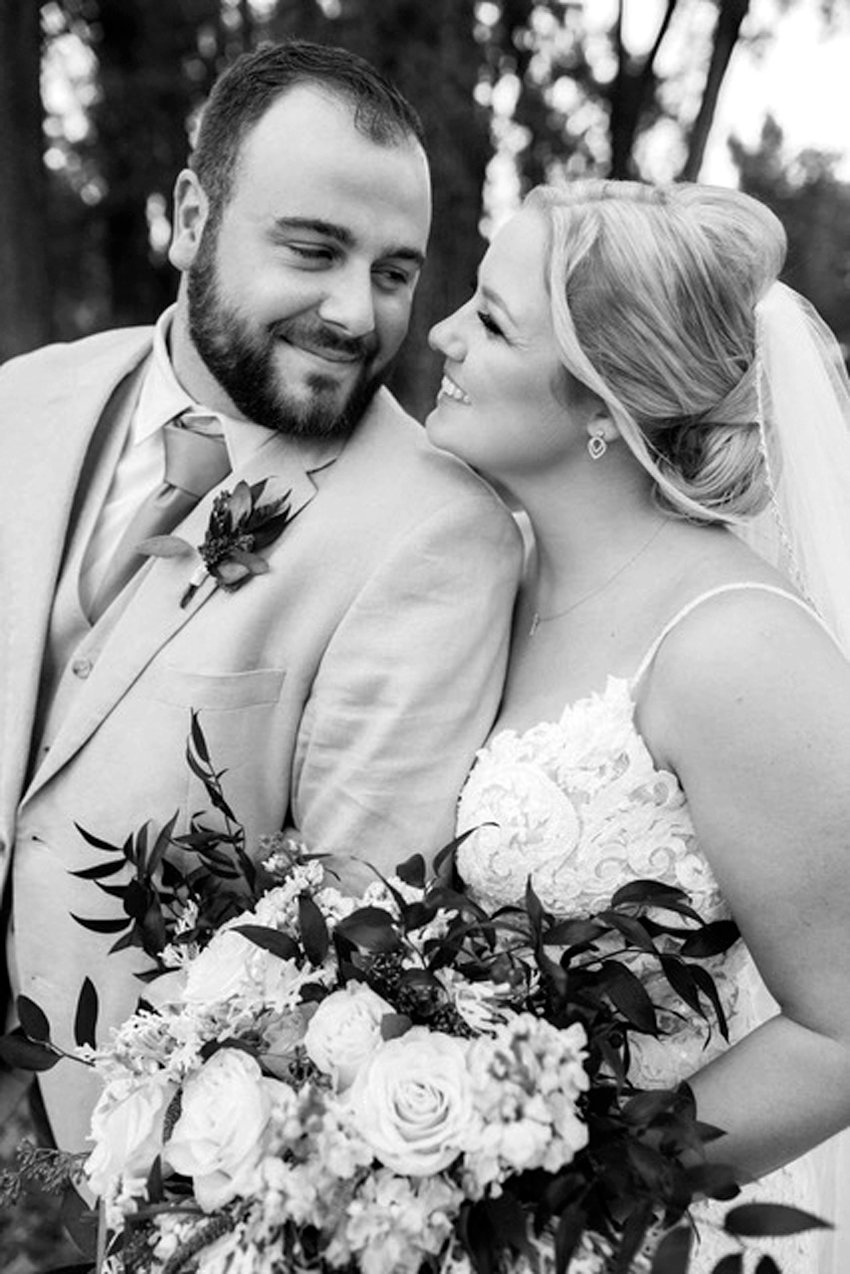 Lexy Ann Jurevitz and Henry Thomas Hansen, both of Davenport, were united in marriage on Sept. 12, 2020, at the Up Sky Bar at the Current Hotel in Davenport. Mike Terry of Muscatine officiated the ceremony.

A dinner and dance reception with family and friends was held at the home of Ron and Kristy Hansen. The Iowa Machine Shed catered a family-style dinner, and music was provided by Twisted Mics Music Entertainment. Hannah Arnold Designs was the wedding and reception decorator and florist, along with Blooming Ideas.

Henry is the son of Ron and Kristy Hansen of Durant. He is a 2014 graduate of Durant High School and a 2018 graduate of Arizona State University. He is employed as a sales executive for White Distribution and Supply, Muscatine.

Following a honeymoon trip to Riviera Paradise in Cancun, Mexico, the couple resides in Davenport.