No conflict between county supervisor and school board roles 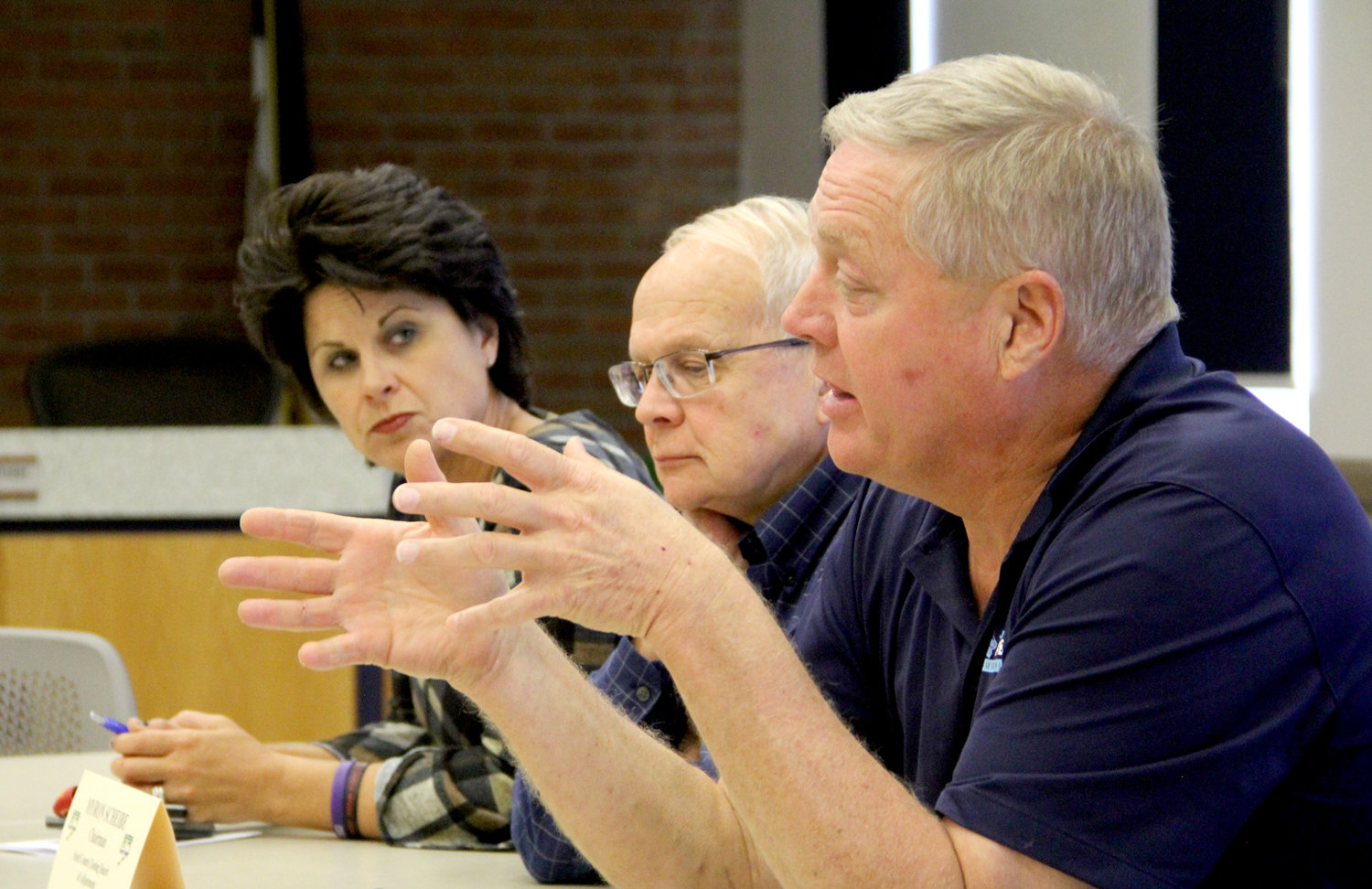 John Maxwell will continue serving as elected county supervisor and North Scott school board member following a judge’s ruling Tuesday that found no conflict between the roles.

Judge Patrick McElyea said his ruling is “in the best interests of the public.”

“The Court can envision numerous scenarios that might exist in a predominantly rural state like Iowa where certain individuals in certain communities may be the most capable, willing and able to serve. This could easily result in a person holding multiple offices,” the judge wrote.

Maxwell welcomed the ruling that he said arose more from political than procedural concerns.

“I’m very happy today. Going forward, I don’t think this affects my service. I think I do everything I can to represent both hats. I don’t ever see a conflict. I’ve also tried to keep it non partisan. I think this became a partisan issue. And I think many of those folks looking at a power grab,” Maxwell said. “I will try to do my best to help people realize it is not a conflict.”

“Rather than strictly prohibit individuals from serving, it is in the best interests of the public to create a framework for waiving any perceived conflict. … The voters were surely aware that Maxwell was on the school board when they elected him to the board of supervisors and then reelected him to the school board. The ability of the voters to elect candidates of their choice is a factor in the Court’s analysis. This is especially true when the issue raised is one of public policy. Both the legislature and the voters have indicated they do not find a conflict through their actions involving Maxwell.”

The order overturns a finding by a panel of elected county office holders that state law holds the elected roles incompatible, since both serve on a conference board overseeing the same tax assessor.

At the March 26 hearing, John Maxwell’s attorney, Alan Ostergren, asked the judge for a quick decision to fix an administerial, not substantive, conflict of duties claimed by petitioners.

Attorney James Larew, for petitioners, said the work of the conference board is a substantive conflict that Iowa legislators thought big enough to fix it quickly.

In written arguments, Larew said legislators “slipped” the fix in a bill just days after the petitioners were submitted.

The judge found, “no public policy concerns sufficient to create an incompatibility between the offices. The operation of a conference board concerns ministerial work of the property tax system. The Court is confident that any public office holder can and should recuse from a particular vote where there is a concern of a specific conflict of interest.

“The Petitioners did not identify any structural conflict between the county and the school district that would justify holding the two offices to be fundamentally incompatible,” the judge wrote.

The judge said the petitioners attempted, “to shoe horn this case into the vacancy provision found in Iowa Code …

Larew on Tuesday said, "Our clients respectfully disagree with the Court's characterization of the City Conference Board as one that is merely 'ministerial' with respect to the property tax system.  In fact, the City Conference Board, as we argued on behalf of our clients, has substantive tasks that it is required to perform, such as the appointment of the City Assessor to six-year terms of office.  It is difficult to imagine a more substantive act than selecting the person who is responsible for administering the property tax system of the City of Davenport.  If one characterizes the City Conference Board's work as substantive, which is the view of our clients, then the required membership of both members of the Scott County Board of Supervisors and the North Scott Community School District, based on administrative rules issued by the Iowa Department of Revenue, creates a fundamental incompatibility that Iowa law prohibits."

At the March 26 hearing, Maxwell’s attorney said there was no need to guess legislative intent.

“I don’t think it’s appropriate for the court to look behind the curtain at what the legislative process is. What’s important is what language got the majority in the legislature and the signature of the governor. That language makes clear there is no conflict or incompatibility.”

Larew opened the hearing asking the judge if vacancy panel members should have a role and representation at this hearing. He noted it was the panel’s decision, not the petition, which actually created the vacancy.

Ostergren disagreed. “I don’t see the panel itself has a role as a party, no more than the district court would be represented on appeal if we appealed something to the Iowa Supreme Court.”

County board incumbents face Newton and Metivier in 2022