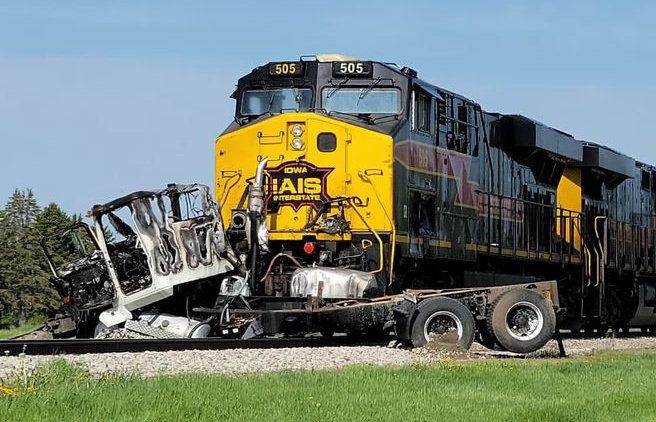 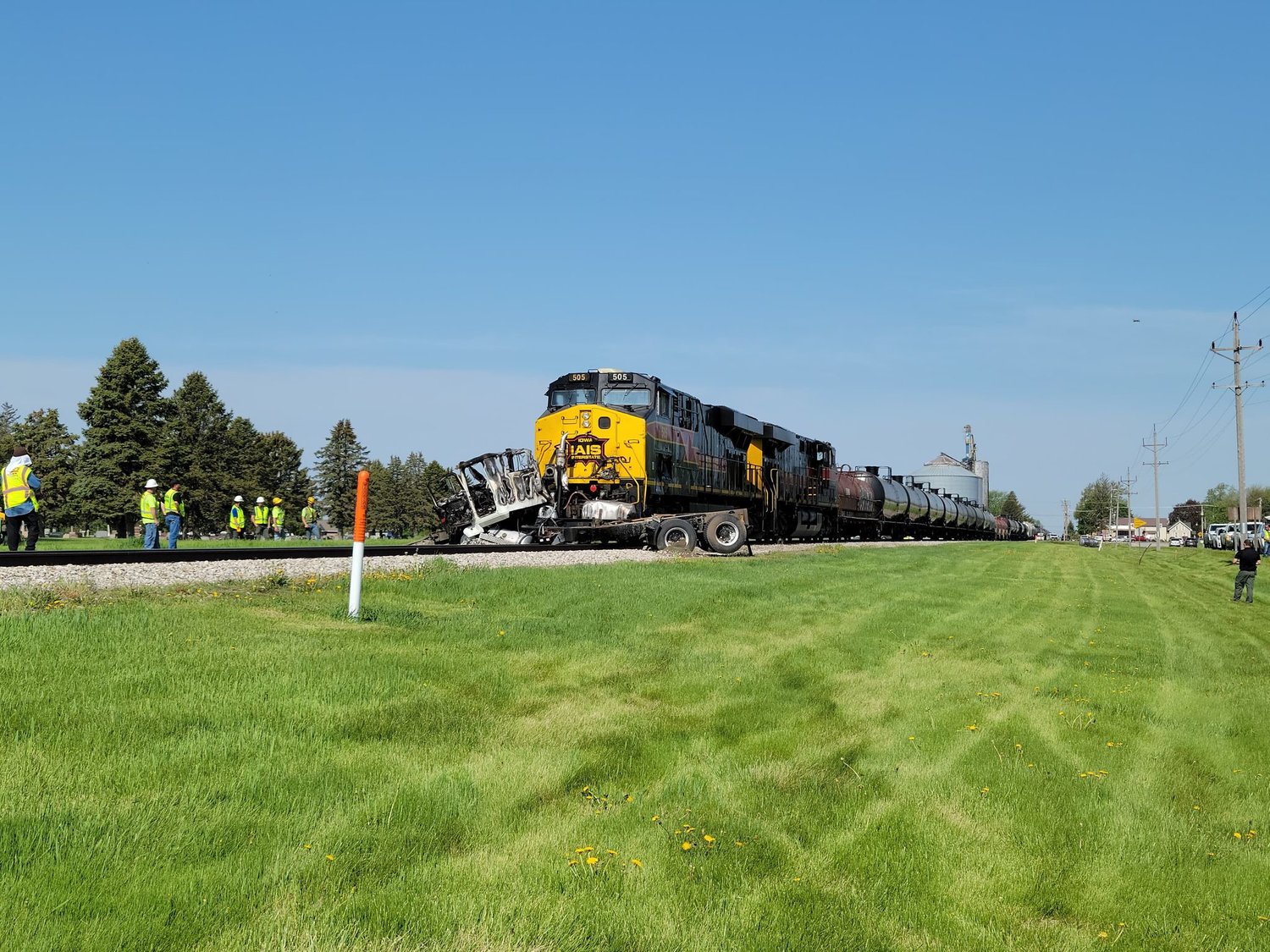 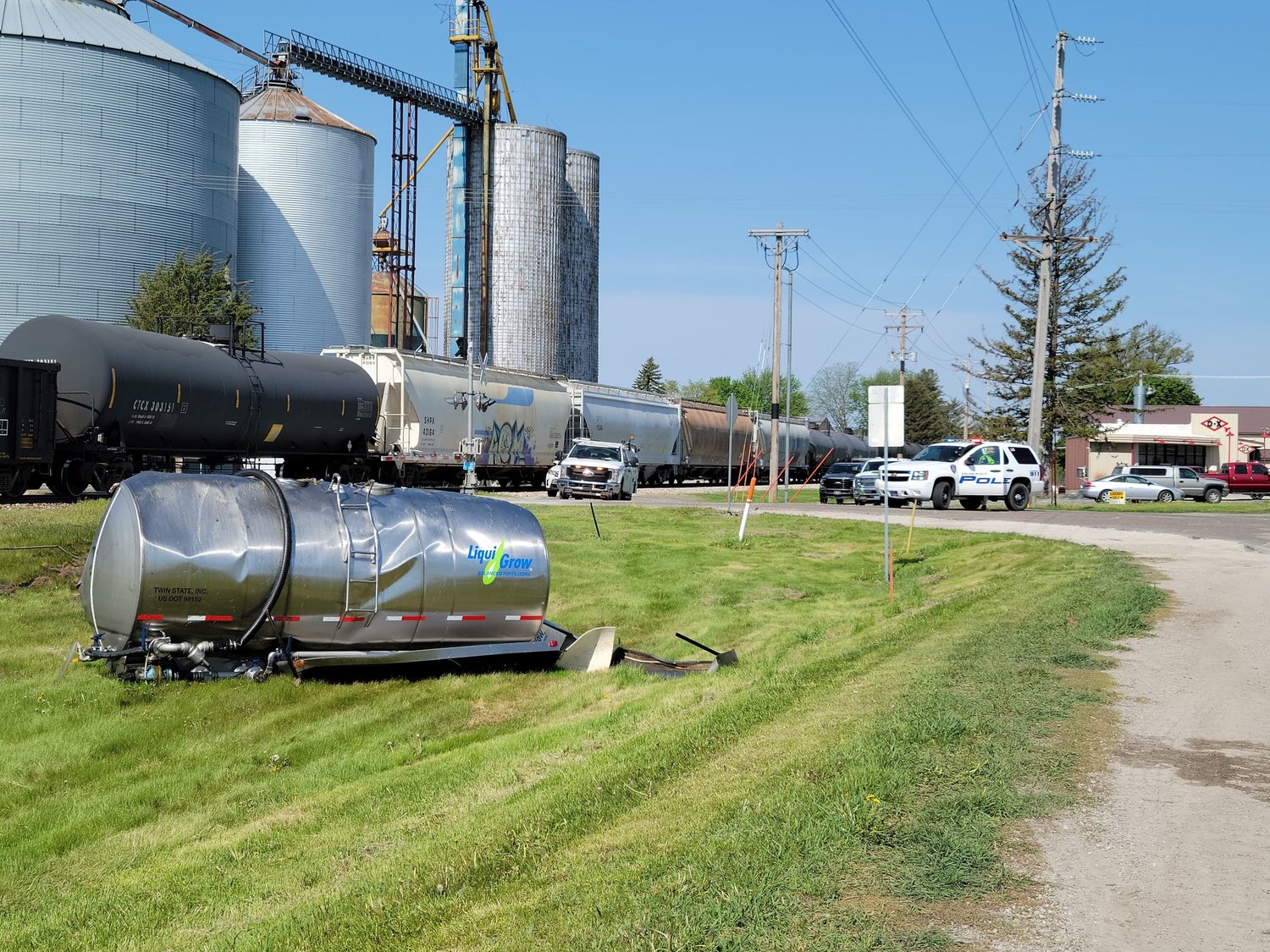 An eastbound train collision with a Liqui-Grow truck left this tank next to tracks in Durant Friday morning.
Kimberly Sloan
Previous Next
Posted Friday, May 13, 2022 10:19 am
Kimberly Sloan

One person was killed Friday, May 13, after an eastbound train collided with a tender truck in Durant.

According to an Iowa State Patrol crash report, the collision occurred at the Vail Avenue railroad crossing at 7:25 a.m.

A Liqui-Grow tender truck was traveling southbound on Vail Avenue over the tracks when it was struck by a train operated by Iowa Interstate Railroad.

The impact separated the tank from the truck and ejected the driver, who was transported by Durant Ambulance to an area hospital with severe injuries.

He was later pronounced deceased.

After the collision, the tank came to rest north of the railroad tracks, while the cab ignited and continued to be pushed ahead of the train for approximately a quarter mile. The train was able to come to a full stop near the entrance of Feldhahn Park.

Air medical services landed, but were not utilized.

Iowa State Patrol is leading the investigation. The agency is withholding the name of the driver at this time, pending family notifications.

The Vail Avenue railroad crossing in Durant is gated. No information has been released regarding the position of the arms at this intersection during the time of the collision.

A full story will be released in the May 21 edition of the Wilton-Durant Advocate News.

Get your copy of the Eldridge City-Wide Garage Sale map here!